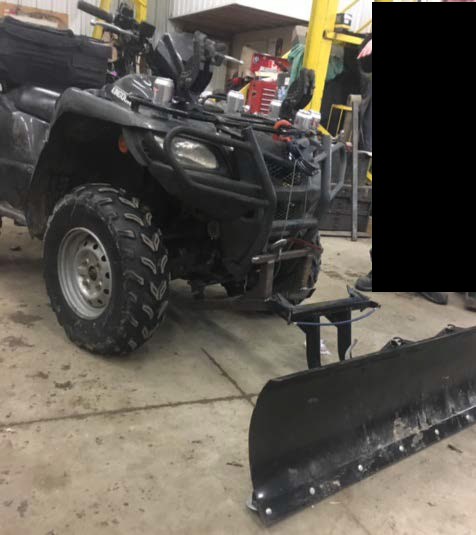 The Orillia OPP is again seeking the assistance of the public for information regarding a second theft of an all-terrain vehicle (ATV), from the same home, in the Township of Oro-Medonte.

On February 04, 2021, police received a report of a stolen ATV with a plow attached, from a home on Highway 12, from which a similar ATV was stolen a week prior. The owner of this ATV had loaned it to the resident for snow removal due to the previous theft. The ATV was parked inside the garage and on February 3, 2021, 8:00 a.m., a neighbour witnessed someone driving the ATV from the property, thinking that it was the owner driving.

The person was described as wearing all black, including snow pants, jacket, boots, gloves and helmet.

The stolen ATV from this occurrence is a 2019 grey Polaris Sportsman with heated grips and 2 black speakers with a plow attached.

The previously stolen ATV is a 2008 black Suzuki LTX ATV, with a snow plow attached.

If anyone has information regarding these thefts or has seen either ATV, you are encouraged to contact the OPP at 1-888-310-1122.