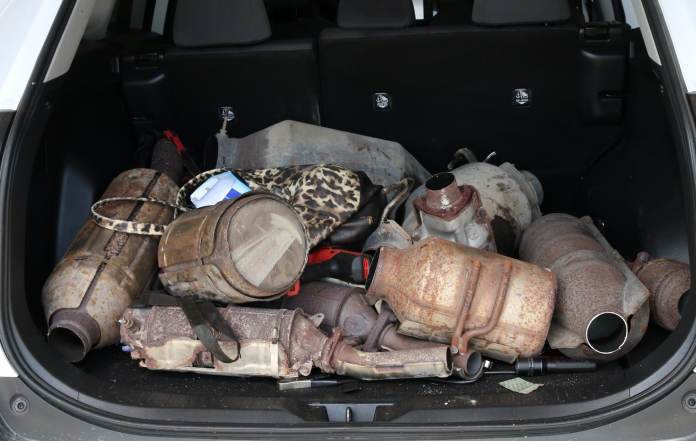 Members of the Orillia detachment of the OPP have arrested four suspects and seized 10 stolen catalytic converters and a quantity of cocaine in the City of Orillia.

On June 09, 2021, just before 11:00 a.m., officers received a report of a suspicious vehicle in a Westmount Drive parking lot. Officers attended quickly and located a vehicle matching the description given. Four individuals were observed in the vehicle and an investigation was commenced. As a result, the four occupants were arrested and a subsequent search of the vehicle led to the seizure of a quantity of cocaine, Canadian currency and ten stolen catalytic converters.

As a result, Matthew Baetsen, age 50, of Orillia, Shashaunie McQuaid, age 27, of Orillia and Catherine Watters, age 23 of Midland have been charged with:

All three were released from custody and are set to appear on August 17, 2021, at the Ontario Court of Justice, Orillia.

In addition, John Strachan, age 33, of Orillia, has been charged with the same offences and was held for a bail hearing on June 10, 2021, in Barrie Court.

Child Struck By Vehicle At A Car Wash In Midland

Free Arts And Performance Event On August 1 in River Mill...