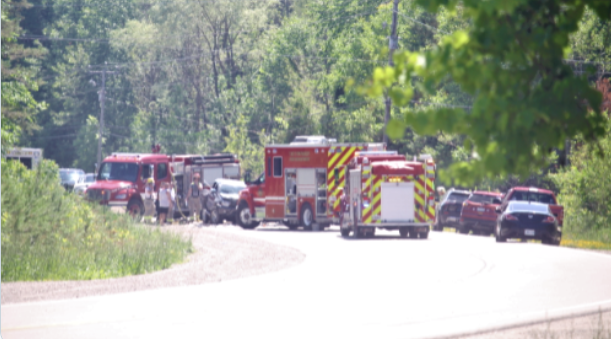 Southern Georgian Bay OPP were called at 2:27 p.m. July 4, 2020 after the OPP received a 911 call from a driver reporting a serious head on crash involving a eastbound Toyota pick up truck and a westbound Mercedes convertible on Highway 12 between Frazer Lane and Gratrix Road in Tay Township.

Also dispatched to the scene were County of Simcoe Paramedics and Tay Township Fire Service who extricated both trapped drivers from the involved vehicles and triaged the victims at the scene and transporting them both transported to Georgian Bay General Hospital. The 77-year-old male of Tay Township who was the driver of the Mercedes was later flown by Ornge Air Ambulance Services to a trauma hospital for further treatment of his serious injuries sustained in the crash.

OPP Central Region Technical Collision Investigators (TCI) attended the scene to assist scene officers in determining the cause of the crash which closed Highway 12 until 9:25 p.m. July 4, 2020.

Charged in connection with this investigation is Sigfrid Stahn 69 years of age from Georgian Bay Township who was operating the Toyota pick up at the time of the crash with the following offences;

The accused was treated and released from hospital with driver’s licence being suspended for 90 days under the conditions of the Administrative Drivers Licence Suspension (ADLS) and was released from police custody on a recognizance to appear before the Ontario Court of Justice in Midland on October 15, 2020.