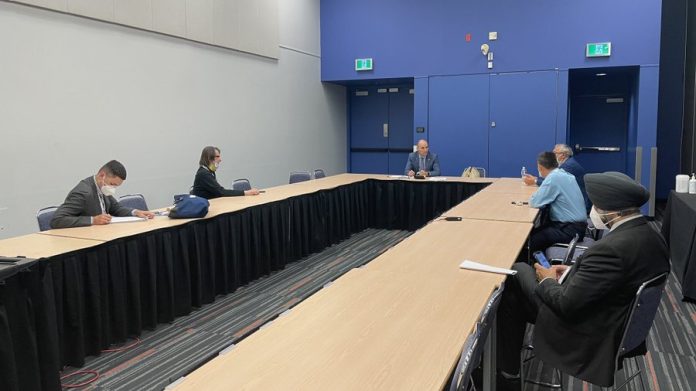 There are nearly 63,000 people currently living with HIV in Canada; of which 1 out of 10 individuals remain undiagnosed. Despite ongoing efforts to encourage testing, there remain systemic barriers to accessing HIV testing, including stigma and discrimination experienced in health care settings.

Today at AIDS 2022, the 24th International AIDS Conference, the Honourable Jean-Yves Duclos, Canada’s Minister of Health, announced a total of $17.9 million for the distribution of HIV self-testing kits and other methods of HIV testing that will improve access for populations most affected by HIV across the country, including people living in northern, remote, or isolated (NRI) communities.

The efforts of community organizations are vital to the HIV response and in reaching populations most affected by HIV across the country. These populations include Indigenous peoples, the LGBTQ2 community, African, Caribbean, and Black communities, as well as people from countries where HIV is endemic, people who inject drugs, and people engaged in the sale, exchange or the purchase of sex. That is why $8 million from this funding will go to acquiring HIV self-test kits and supporting community-based organizations, including Indigenous organizations, to make testing more available among the populations they serve. HIV self-test kits offer a safe, reliable, and confidential way for people to screen for HIV infection while significantly reducing the barriers to seeking care often created by stigma and discrimination.

Through the National Microbiology Laboratory (NML), Canada will also invest an additional $9.9 million to expand community-based testing initiatives in NRI communities. The NML will also support training, verification and ongoing quality oversight for these community-based testing programs. For people living in NRI communities, access to culturally appropriate, community-owned and -led testing options for infectious diseases can be key to improving their overall health. With these funds, organizations and communities will be able to purchase diagnostic test for screening, confirmatory testing and ongoing monitoring in the community – that way specimens can be tested on location and not have to be sent elsewhere, leading to faster diagnostics.

During the pandemic, COVID-19 molecular testing was implemented in health facilities in First Nations communities across Canada to enhance access to testing and improve turnaround times for results. The “testing close to home” option is critical for equitable access to testing and for closing the gap in testing capacity in remote communities. In addition to previous funding, British Columbia Centre for Disease Control (BCCDC) and First Nations Health Authority (FNHA) will receive $1.2 million from the funding announced today to build on previous initiatives by identifying testing potential for other infectious diseases, including sexually transmitted and blood-borne infections (STBBI), respiratory syncytial virus (RSV) and influenza.

Reaching those who are undiagnosed is the first step toward connecting people to treatment, and subsequently achieving an undetectable viral load. When it comes to HIV, Undetectable = Untransmittable (U=U). The Government of Canada proudly endorses the U=U message and encourages other countries to do the same by joining Canada and the United States in endorsing the U=U call to action announced at AIDS 2022. Knowledge of U=U increases uptake in HIV testing, treatment and achieving viral suppression, all of which supports progress toward the 95-95-95 HIV targets, and the global goal of ending HIV and AIDS as a public health concern by 2030.

“Making tests more available by getting them directly to people helps break the barriers that too often prevent people from seeking testing, treatment, and care. While this is an important step that will impact many people affected by HIV, we know there is more work to do. Together, let us re-engage, follow the science and carve the path towards a world without HIV-AIDS.

The Honourable Jean-Yves DuclosMinister of Health