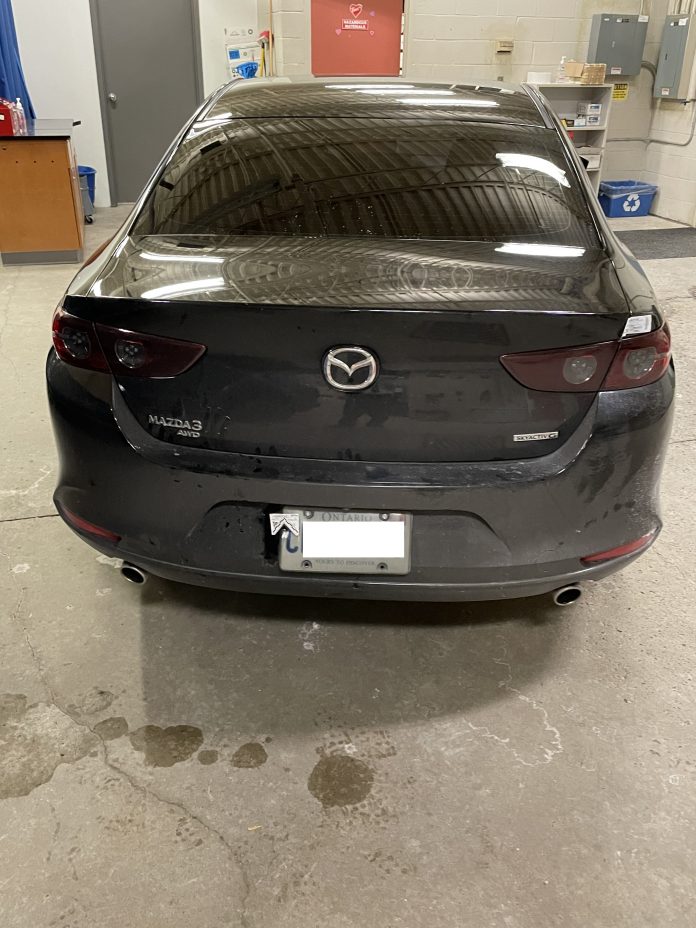 Provincial police are investigating reports of a shooting on Highway 400 near Barrie.

The driver/witness described going southbound on Highway 400 between Mapleview Drive and Innisfil Beach Road and hearing popping sounds as two vehicles sped past the victim’s vehicle.

Officers investigating, examined the vehicle and located what they believed to be a bullet holes in the rear of the vehicle.

Police were able to locate a bullet fragment from within the victim’s vehicle.The two vehicles that sped by the victim are described as an SUV and a sedan.