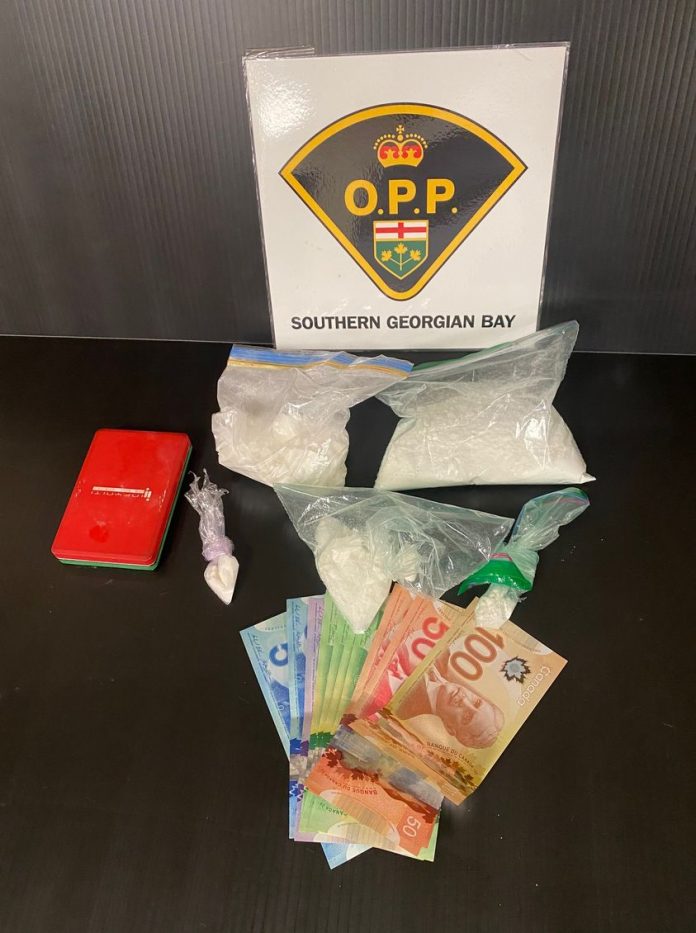 An investigation has resulted in drug trafficking and possession of stolen property charges for two suspects in Midland.

The OPP conducted a traffic stop and executed warrants at three homes in Midland on December 1, 2021. Officers seized a large quantity of cocaine and other items and charged two individuals with multiple related charges.

As a result of the investigation, the following was seized:

The accused parties were arrested and released from custody to appear before the Ontario Court of Justice at a later date.