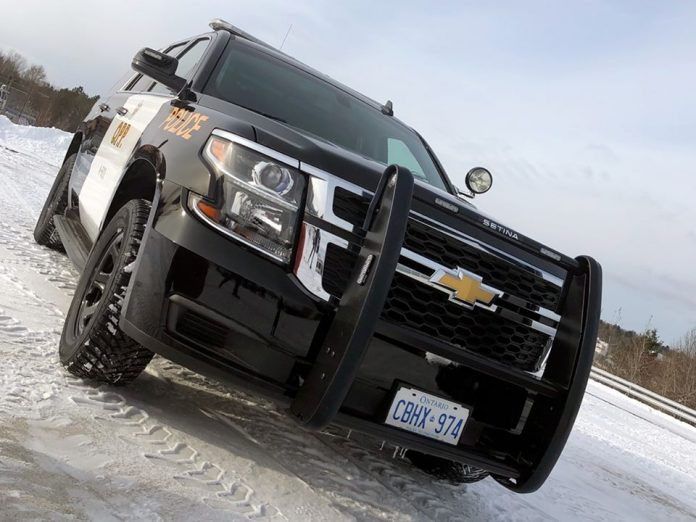 Once on scene, police located a 53-year-old male with stab wounds. He was transported to Georgian Bay General Hospital to receive treatment for life threatening injuries. Information was received that a number of people were seen leaving the scene in a vehicle. Calls were received from the public which led police to several suspicious persons in a residential neighbourhood in Tay Township.

Patrol officers assisted by OPP support units flooded the area. Six people, three males and three females were located, arrested and are being held while the incident is being investigated.

Identities of charged persons will be released at a later time.

Muskoka411 is your source for the latest breaking news in Muskoka.
Contact us: info@muskoka411.com
© Copyright 2015 - Muskoka411 - Web Development by Paul Dalton
he said
MORE STORIES