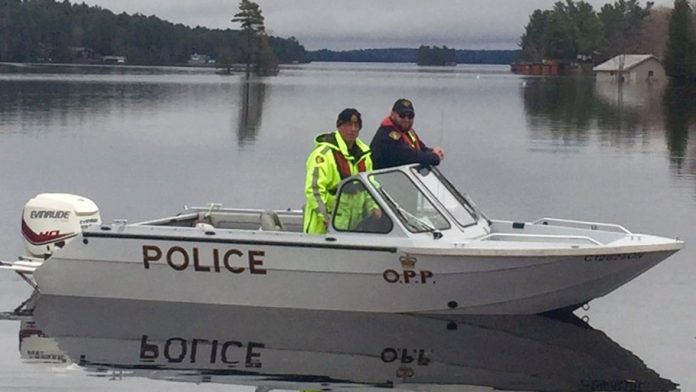 Ten canoes, a kayak, a stand-up paddle board (SUP) and a row boat were among the marine vessels from which a tragic scenario unfolded for 13 of the 27 people who died on Ontario Provincial Police-OPP-patrolled waterways in 2021.

Similarly, 12 canoes, three (3) kayaks, an SUP and a row boat were involved in 17 marine deaths in 2020 – a year that saw a record 32 boaters/paddlers lose their lives.

Whether paddling a slow-moving vessel or traveling in a motorized boat, boating enthusiasts should be aware of some telling facts around marine fatalities over the past two boating seasons (2020/2021).

Half (30) of the 59 people killed were paddling human-powered vessels, with the balance of those who died traveling in motorized boats.

The majority (52) of the 59 fatalities involved a vessel that either capsized, or the person(s) who died fell overboard.

Only four (4) of the 59 deceased were wearing a lifejacket at the time of the incident. Alcohol and/or drugs were a factor in at least 12 of the deaths.

With weather, hazardous waterways and operator inexperience among other contributing factors in boating fatalities, the number one take away from the OPP’s data is that no one is completely safe on the water if they are not wearing a lifejacket or personal floatation device (PFD). The OPP strongly encourages all boaters to stop tossing this proven life-saving device aside and to wear it.

During Safe Boating Awareness Week and throughout the boating season, OPP Marine Officers will be out on the water promoting marine safety and enforcing boating laws.

For a safe and enjoyable boating season, always be well-prepared. Ensure your vessel is properly functioning and equipped and check the weather to determine if it’s safe to go out. Always boat sober and drug-free. Familiarize yourself with Canada’s Safe Boating Guide and share your knowledge with new, inexperienced boaters/paddlers.

Remember that the only lifejacket/PFD that can save you is the one you are wearing.

·      Almost 40 per cent of those who died on OPP-patrolled waterways in 2021/2022 were not the operator of the vessel. They were either passengers, people in the water or being towed behind a boat.

·      The OPP Marine Program has a fleet of 134 vessels and close to 400 highly-trained marine officers committed to enforcing federal boating laws and the safety of Ontario boaters on more than 110,000 square kilometres (95 per cent) of Ontario’s lakes and rivers.

·      Safe Boating Awareness Week runs from May 21 to 27, 2022 and is led by the Canadian Safe Boating Council, a valued OPP marine safety partner.