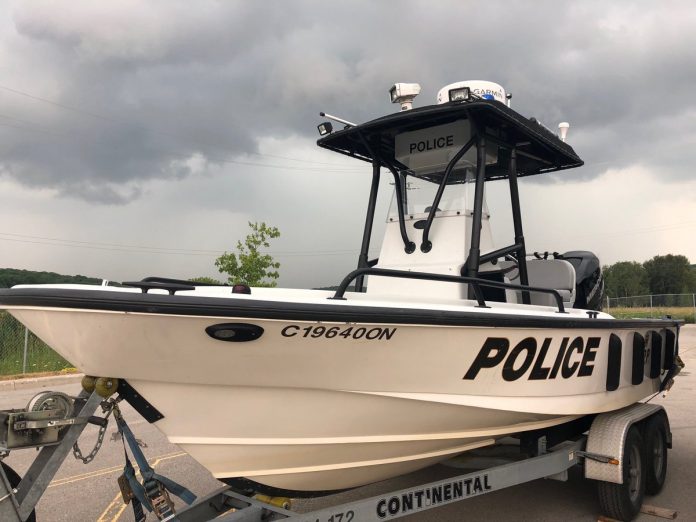 OPP in Orillia have arrested and charged a boat operator with impaired driving after the male was rescued from the waters of Lake Couchiching, in the Township of Severn.

On July 14, 2021, shortly after 10 a.m., marine officers were notified of an incident in which a male was in the water screaming for help and a boat was circling nearby. OPP members responded by water and land and a good Samaritan assisted the male to shore with minor injuries. Upon speaking with the vessel operator, officers were given cause to begin an impaired operation investigation while County of Simcoe Paramedic Services (CSPS) attended to the male, who was transported to hospital.

Marine officers attended and located the unmanned vessel circling at high speed. As officers stood by, the vessel ran out of gas, came to a stop, and was secured.

The accused was released on a Form 9 Undertaking and is set to appear on July 27, 2021, at the Ontario Court of Justice, Orillia.