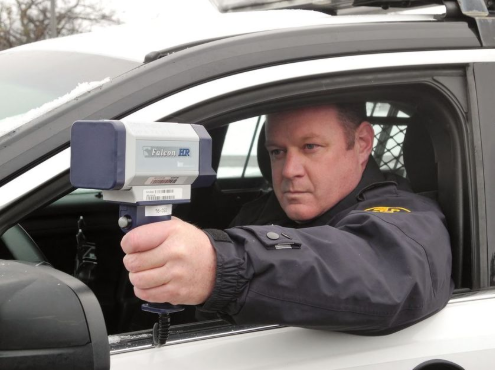 Southern Georgian Bay OPP were on patrol and responding to calls for service over the weekend on roadways here in North Simcoe. A motorist called the OPP Communications Centre at 10:53 p.m. May 6, 2022 after locating a pick up truck that appeared to have struck a utility pole on Rumney Road in Tay Township. Responding officers attended the scene and were unable to locate a driver at the scene.

An OPP Canine Unit and OPP Emergency Response ERT officers were summoned to assist in the investigation. As a result, an individual with injuries was located by the Canine Unit in the bush and was taken into custody for investigation and treatment of his injuries.

As a result of this investigation and a further investigation of the involved vehicle Brendan Arthur Hrynczak 22 years of Midland has been charged with the following offences.

The accused was released on a recognizance to appear before the Ontario Court of Justice  on May 20, 2022.

On May 7, 2022 an OPP officer while conducting traffic related duties on Simcoe County Road 6 in the Village of Wyevale, Tiny Township summoned to Provincial Offences Court a 22-year-old female of Tiny Township after stopping her vehicle for allegedly speeding along at 112km/hr in an 50 km/hr zone.

The Ministry of Transportation has also recently enacted further sanctions on stunt drivers.