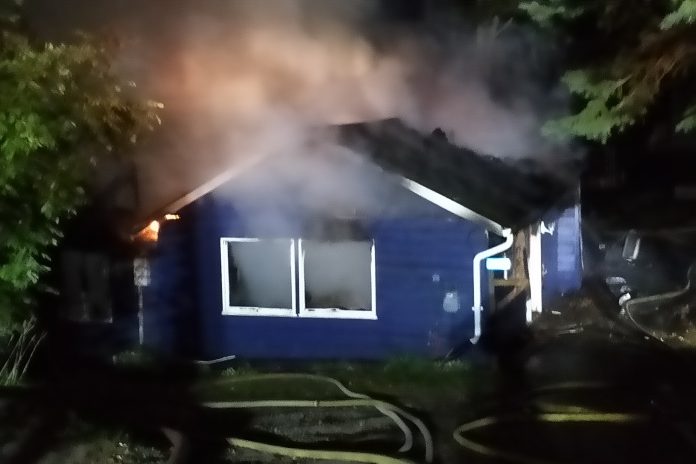 On Tuesday September 15, 2020 at 1:09 a.m. Crews from Huntsville Fire Station one and three responded to a reported cottage fire on Wilson Drive.

When crews arrived on scene they reported flames coming through the roof. Crews remained on scene until about 5:00 a.m.

Damage is estimated at around $400,000 The fire is not suspicious and is under investigation. There were no injuries reported.