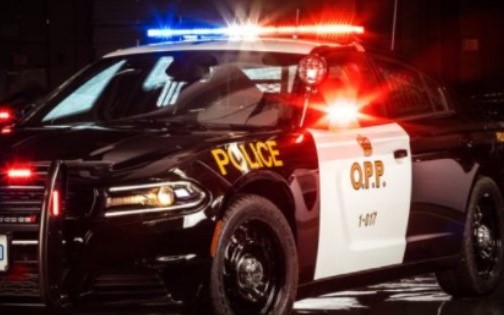 On February 19, 2022 shortly before 12 a.m. officers responded to a reported death at Renfrew Victoria Hospital.

The investigation has determined that the victim was struck while outside a vehicle on Highway 17 in Horton Township.

The victim has been identified as Jordana Yakabuskie, age 29, of Petawawa, Ontario.

As a result of the investigation, Cole Allard, age 27, of Petawawa has been charged with the following offences:
• Manslaughter
• Dangerous Operation of a Vehicle Causing Death

The accused is scheduled to appear before the Ontario Court of Justice in Pembroke on February 22, 2022.

The Renfrew OPP Crime Unit, assisted by the Forensic Identification Services Unit, OPP Technical Collision Investigators (TCI) and Collision Reconstructionist continue to investigate the incident, under the direction of OPP Criminal Investigation Branch and in conjunction with the Office of the Chief Coroner for Ontario. A post mortem examination will be conducted.

A section of Highway 17 had been closed for much of the day for the investigation.