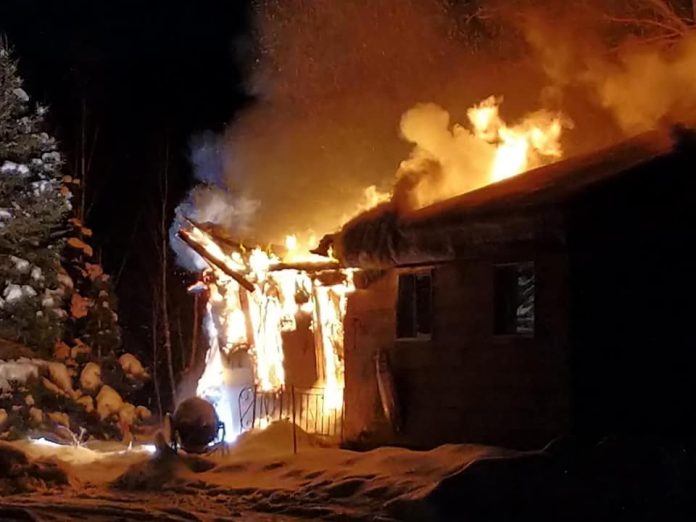 A house fire on Paint Lake Road in Lake of Bays killed a pet dog and caused approximately $400,000 in damage last night, according to the Huntsville/Lake of Bays (HLOB) Fire Department.

The department responded to a report of a structure fire on Paint Lake Road in the Township of Lake of Bays around 8:30 p.m. on the evening of Jan. 28. Crews from Baysville Station 40 were assisted by the Algonquin Highlands Fire Department as they encountered flames through the roof of the fully involved structure. Firefighters battled heavy fire and frigid temperatures while bringing the blaze under control, according to the fire department.

One male occupant was able to escape the fire and is being treated for injuries. One pet dog was killed in the fire. The building sustained extensive damage estimated at approximately $400,000.

The Ontario Fire Marshal’s Office has been called in to investigate the origin, cause and circumstances of the fire.

A Go Fund Me Page has been set up to assist the resident.