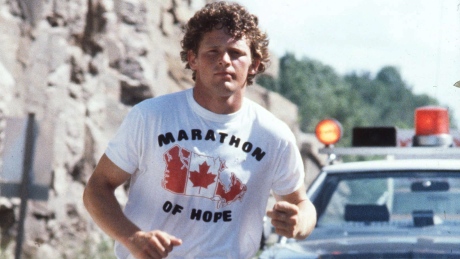 This would have marked the 21st year for the Windermere Terry Fox Run.

For the first time ever, the 2020 Terry Fox Run will be held virtually.  This year’s theme, One Day, Your Way! encourages participants to be creative with their run, coming together in spirit to honour Terry’s Marathon of Hope and raise money for cancer research.

Although this year’s run will be a new experience, we are still extremely excited to celebrate the 40th anniversary of Terry’s Marathon of Hope with our community!  Terry was an innovator, attempting to run across Canada on one leg on a humanitarian mission we had never seen before.  Today, 40 years later, we will have to innovate as well!

For this year’s run take a stroll through your neighbourhood, backyard, down the street or walk around the block on Sunday, September 20th.  Terry once said, “Anything is possible if you try.”

Registration remains unchanged. You can register at https://terryfox.org/run/ or sponsor another runner as you have in previous years.

The Terry Fox Foundation funds many different types of cancers; current multi-year studies include lung, ovarian, colorectal, pancreatic, oral, liver oncolytic viruses and many more.  To date over $700 million has been raised in Terry’s name for cancer research.

Although you will not physically see the organizers and volunteers this year, they have continued to work many hours preparing for this event as they have done in the past.  Thank you, keep safe and wear a mask so hopefully we will be able to meet again in 2021.