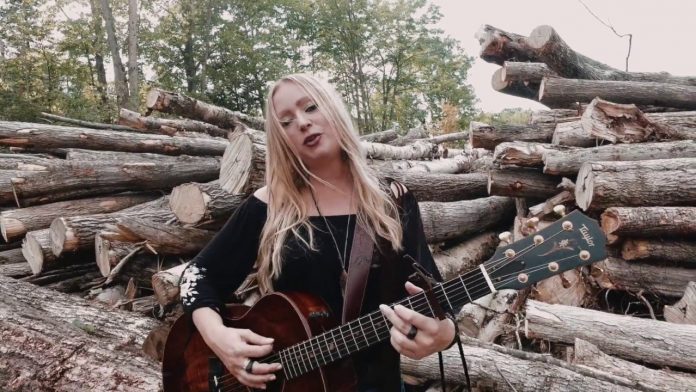 JoPo’s NEW MUSIC VIDEO – PARRY SOUND 33. This is a song she wrote as a tribute to all the Canadian, US and Mexican fire-fighters currently fighting the uncontrolled fires in Northern Ontario. On Friday Johnny Icedrum of Icedrum Media and JoPro drove out to Britt, French River and Parry Sound to talk and get footage with some of the fire fighting crew and management and get a feel of what they are going through. They also met and shook hands with some of the Parry Sound volunteers who have been donating their time to prep the food boxes as well as coolers for the front line fire-fighters.

On July 26th, 2018, Jerry Gadwa (20 year firefighter veteran) of Kehewin Cree Nation (which is located in Alberta) passed away in the line of fire in Northern Ontario. He leaves behind his 10 year old son Jeramy. A GoFundMe page has been set up to help his family & son’s financial burdens a well as deal with the loss of his father, please donate what you can: https://www.gofundme.com/our-fallen-firefighter