Get Off The Bus Concerts Canada and Scotiabank are pleased to present an intimate evening with The Jim Cuddy Trio and special guest, Marshall Dane on Friday, July 12th at 8 pm at the Charles W. Stockey Centre in Parry Sound. This concert is in support of the West Parry Sound Health Centre Foundation. This year, Get Off The Bus Concerts’ goal is to raise enough funds to buy three IV Pumps for the operating room. Tickets can be purchased at GetOffTheBusConcerts.com, The Stockey Centre Box Office at 1-877-746-4466 or StockeyCentre.com.

Jim Cuddy has written many of the songs that have become indelible in the soundtrack of Canadian lives. With the release of his fourth solo album, Constellation, he adds ten songs to that extraordinary songbook and on this record, Jim continues to find new ways to balance personal reflection and plainspoken storytelling, remaining both intimate and accessible.

Both as a solo artist and as one of the creative forces in Blue Rodeo, Jim has received nearly every accolade Canada can bestow upon a musician including 15 JUNO Awards, The Order of Canada and, along with bandmates Blue Rodeo, has been inducted into the Canadian Music Hall of Fame, received the Governor General Performing Arts Award and a Star on the Walk of Fame.

“I’ve always found fascination in the smallest details of human behavior,” says Cuddy of his songwriting. “It has been something that I look at and remember, whether it is the details of an exchange that I witnessed or an exchange that I have. Of course, as you get older there are bigger things that happen in your life that you realize you’ll never totally understand. There never seems to be a loss of things to write about.”

Marshall Dane, the 5-time nominated, Male Artist of The Year (CMAO); was raised to be a minister. His father, (who was a preacher), and his mother had 8 children. It’s this background that has given Marshall a strong sense of what family is all about… family at home and family at work.

“I love to write songs and I love recording them, but when I step out on a stage in front of a packed house, that’s where the fire starts for me.” says Marshall.

Dane is an artist who always connects with his “audience family”, and his energy and passion for performing makes his shows impossible to forget.

His latest offering to radio “Back in Town” was penned by Marshall, Tommy Cecil, and Thomas Archer. With over 300,000 Spotify Streams to date it’s not hard to see that he has amazing support from both his families… those at home and those at work. 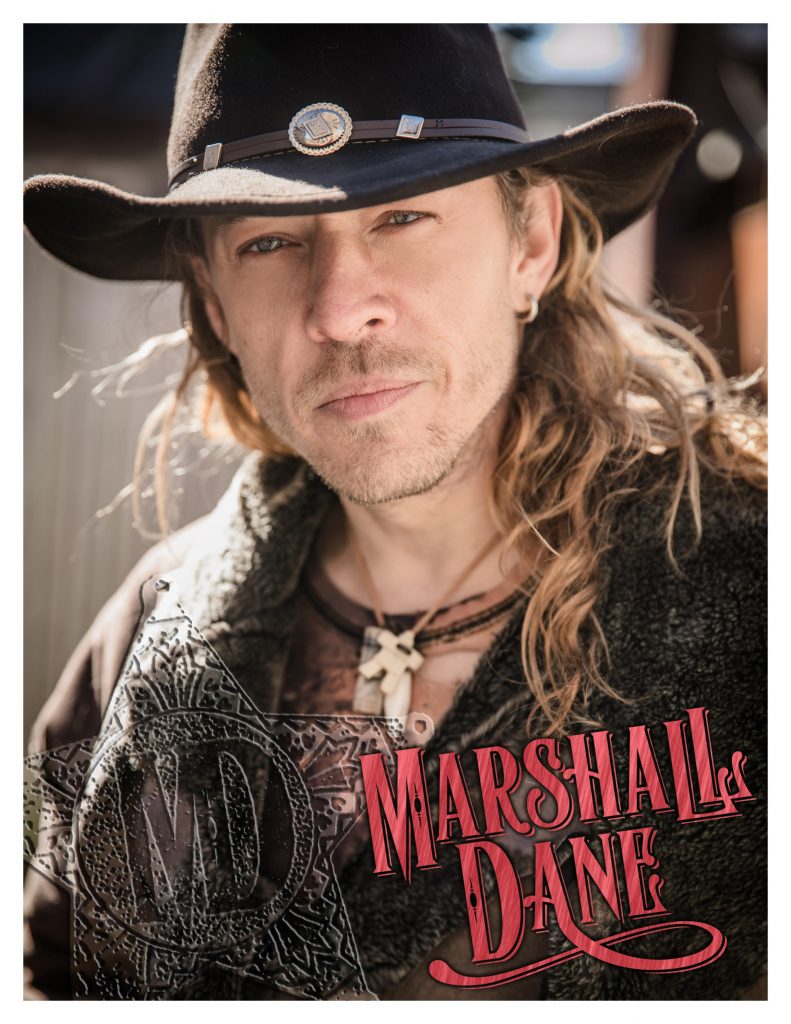