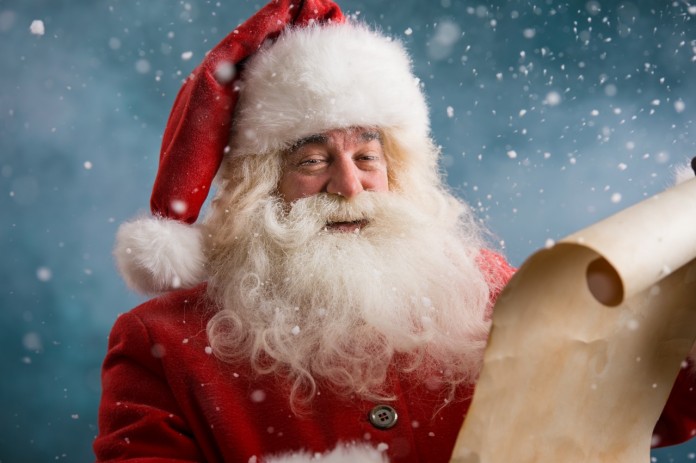 Santa Claus knows how important it is to keep children and families safe and healthy, so for the first time ever, he will enter homes of good little boys and girls via their parents’ smartphones, rather than chimneys. Using the free ImagineAR™ app on their phones, parents can bring a life-sized talking 3D Santa directly from the North Pole into their living rooms for photos and videos.

“Yes, it’s true,” said Santa. “The elves at ImagineAR and I wanted to bring some early holiday cheer to children this year, since social distancing has stopped my visits to shopping malls, stores and special events. We wanted to make sure children could still have their yearly photo with me and could even dance with me in their very own homes,” the jolly one said.

Click this link to listen to Santa discuss working with ImagineAR.

Inspired by the distraught 5-year old daughter of a fellow elf, ImagineAR head elf Alen Paul Silverrstieen and his team got to work. “This little girl wanted to visit Santa before the holidays and while she understood it wasn’t safe, it broke Santa’s heart,” said Silverrstieen. “The big guy was quite clear- make it so parents, grandparents and friends can use their smartphone to bring him directly into the homes of children everywhere for photos. We went a step further with Santa’s magic- using the free ImagineAR app and from the phone, folks can even record video of Santa Claus dancing with their little ones in front of their very own trees to share with family and friends!” he announced proudly.

To have Santa drop in to your home, just download the free ImagineAR app in the IOS App Store or Google Play on your mobile device, select “AR Near Me”, select your preferred Santa experience from the bottom of the screen, and Santa will magically appear right in front of you through your phone. The ImagineAR app has multiple Santa experiences to choose from. “In case a half-eaten cookie and empty glass of milk aren’t enough, we can even provide parents with photographic ‘proof’ that Santa was in their home on Christmas Eve stealthily with his big bag of toys,” whispered Silverrstieen.

“I’m an old guy, set in my ways,” chuckled Santa. “Don’t tell anyone, but I’ll likely still use chimneys, too. But my ImagineAR elves have really outdone themselves..Wishing everyone a very merry Christmas! Ho! Ho! Ho!”