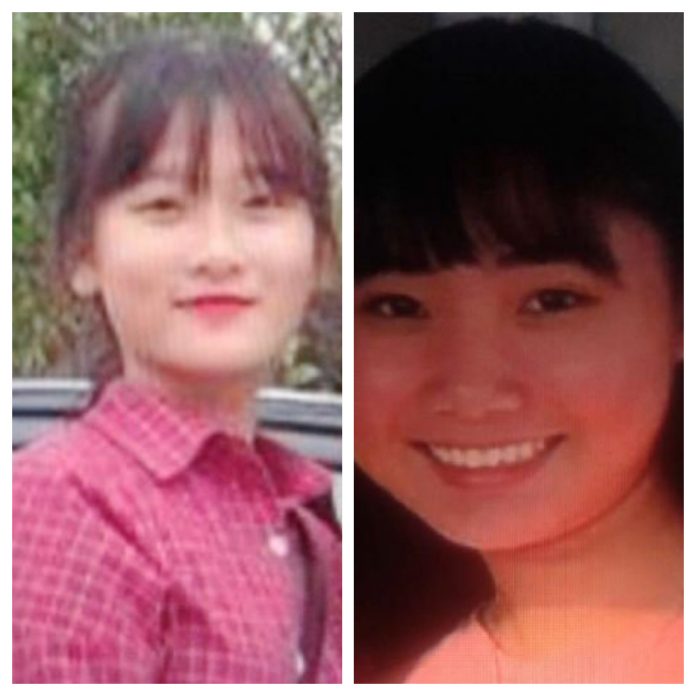 The Codiac Regional RCMP is hoping information from the public can help locate two 17-year-old high school exchange students from Vietnam who have been reported missing.

Seventeen-year-old Ngan Ngoc Nguyen and her cousin, 17-year-old Diuthuthi Nguyen, were last seen the morning of November 9, 2018, at the Maritime Bus Depot, in Moncton, boarding a bus destined for Montreal, Quebec. They were reported missing to police by the families they have been staying with in New Brunswick on November 12.

Police have been following up on a number of leads to locate the girls, but have so far been unsuccessful. They may have been heading to the Toronto, Ontario, area.

Ngan Nguyen is described as being approximately five foot two inches tall, and weighs about 100 pounds. She has dark brown eyes and long, dark brown hair. She was last seen wearing a cream-coloured, waist-length winter jacket, black pants, and white sneakers with a decal on the sides.

Diuthuthi Nguyen is described as being approximately five foot nine inches tall, and weighs about 105 pounds. She has dark brown eyes, and long, dark brown hair. She was last seen wearing a black and red winter jacket.

Anyone with information on the whereabouts of either Ngan Nguyen or Diuthuthi Nguyen, or who may have seen or heard from them since November 9, is asked to contact the Codiac Regional RCMP at 506-857-2400.