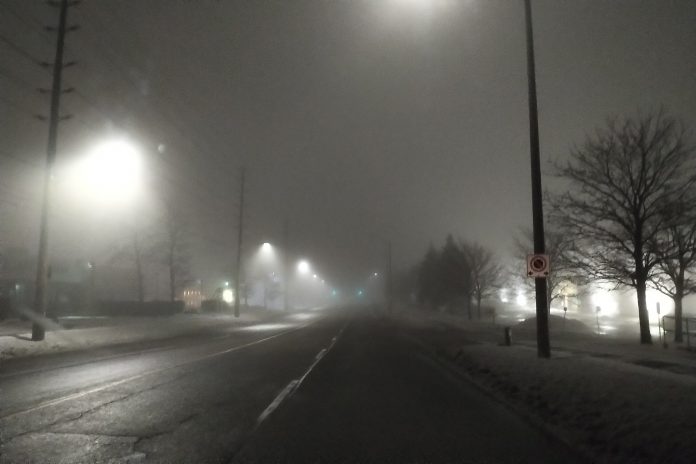 The fog will slowly dissipate through the morning.

Patchy freezing drizzle may also be possible with temperatures close to the freezing mark. Roads and walkways may become icy and slippery as a result.

Visibility may be significantly and suddenly reduced to near zero.

If travelling, be prepared for areas of near-zero visibility. If visibility is reduced while driving, slow down, watch for tail lights ahead and be prepared to stop.