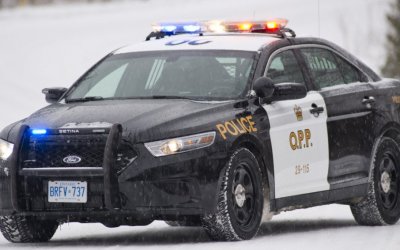 On Friday February 19, 2021 at 06:05 p.m., members of the Almaguin Highlands OPP, responded to a single motor vehicle collision on Ontario Street. The driver was not injured.

Police investigation led officers to believe that the driver was impaired by drug and with the assistance of a Drug Recognition Expert (DRE), Robbie Bradshaw 27-years-of-age, of Burks Falls, was arrested and charged with:

The accused was released from police custody and is scheduled to appear in Sundridge Court on Thursday April 4, 2021.