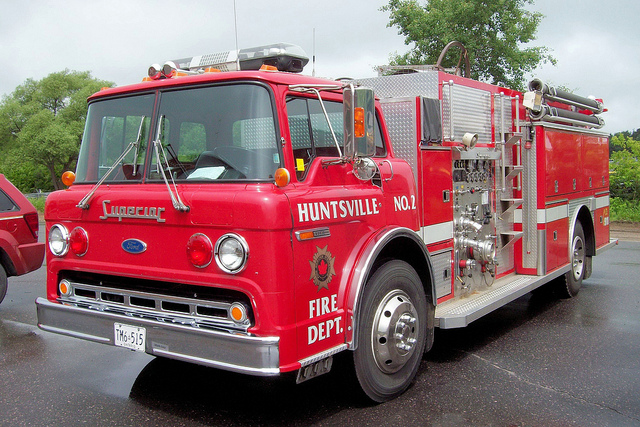 A woman and two children were able to escape a house fire by climbing out a second storey window and onto a porch roof early this morning, according to the Huntsville/Lake of Bays (HLOB) Fire Department.

The HLOB Fire Department and crews from the Muskoka Lakes Fire Department responded to a report of a structure fire in a home on Stephenson Road 2 West in Huntsville at around 2 a.m. The fire started on the first floor, forcing a female and two young children to exit a second storey window to the porch roof. The OPP and Muskoka Paramedic Services had coordinated the rescue of the children and were helping the woman when fire crews arrived on the scene. The occupants as well as members of the OPP and Paramedic Services were transported to hospital for observation.

The cause and circumstances surrounding the fire are currently under investigation, but it is not deemed suspicious. Damage is estimated at $50,000.

Working smoke alarms and a well-rehearsed home fire escape plan were essential in the outcome of the fire, according to the fire department. With the clocks turning back on Nov. 3, the department wants to remind residents to replace the batteries in their smoke and carbon monoxide alarms, test the alarms regularly and ensure they have a home escape plan.