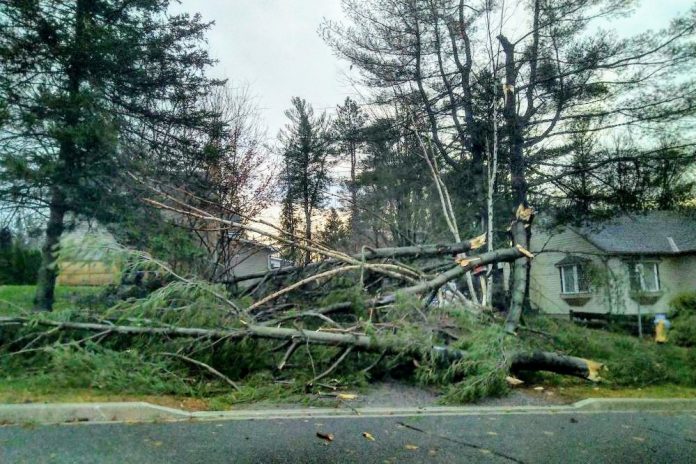 The November 15 storm in southern and central Ontario caused $87 million in insured damage, according to Catastrophe Indices and Quantification Inc.* Most of the damage was to personal property.

The storm hit the Greater Toronto and Hamilton Area, Niagara region, Muskoka region, and the Lake Erie and Lake Ontario shorelines. Wind gusts in numerous areas exceeded 100 km/h and localised heavy downpours caused extensive wind damage and significant lakeside flooding. A tornado occurred in northern Georgetown. The maximum winds associated with this tornado were 135 km/h, which damaged many trees and some roofs.

“We continue to see the devastating consequences of severe weather events which are happening more frequently and with greater intensity,” said Kim Donaldson, Vice-President, Ontario, Insurance Bureau of Canada (IBC). “In particular, storms with severe winds that cause flooding are becoming more common. While IBC is able to report on the insured damage from these storms, which is significant, the total economic cost to all stakeholders and governments, and the personal loss to homeowners, is even greater.”

Taxpayers and insurers share the cost for severe weather damage. For every dollar paid in insurance claims for damaged homes and businesses, Canadian governments and taxpayers pay out much more to repair public infrastructure that severe weather has damaged. We need to be better prepared and also need to adapt. We must take action to better defend ourselves against the initial and growing impacts of our changing climate.

“It is important that property owners take precautions to minimize potential damage and protect their properties” continued Donaldson. “They should also understand their insurance policies and know whether they have overland flood coverage.”

Visit IBC’s website for information on how to prepare for a disaster and ways to prevent flood damage to your home.