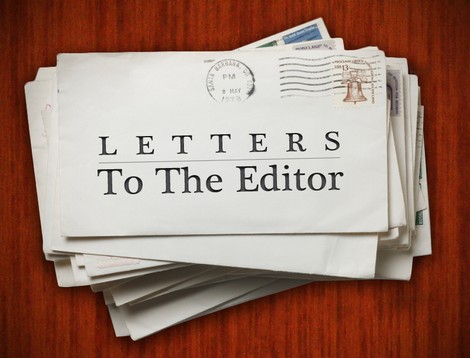 Dear Editor
The resistance of one small town in Muskoka should be commended, this small town in our neighbourhood has been trying to stop a power project from destroying their beautiful scenic for over ten years and they are on the brink of destruction and real economic injustice.
On January 15 four Councillors from Muskoka Lakes Township stood up for the lack of democracy and made a stand by leaving the meeting.
We owe them our sincere gratitude for doing what they did to protect this beautiful town.
Government are letting this travesty happen without so much as a thought and
one company has been poised to destroy this beautiful sacred traditional Portage for at least eight years and they will just not give up and go away no matter how many times they are told they are not welcome. This town and its friends have been writing letters to various levels of government for years and years without anyone stepping up with direct assistance .
When the town said no the first time they should have been heard, Canada is still a Democracy.
Without knowing anyone I pitched a tent in the middle of this waterfall paradise on Sept 1 2014 to protect the trees and stop the project from proceeding. I did not know anyone or anything but I made the decision after hearing directly from local First Nations that there had been no Consultations and hearing from the town that the trees would be getting cut soon.
That effort became a symbol of hope for a community that had run out of energy or venues to fight. I have had the adventure of my lifetime and I am very grateful for the support. We could not let Government give away this scenic public falls. It made no sense to lose this parkland all signed away on a lease for forty years for a concrete power plant on the closed traditional Wahta Mohawks Portage.
My first reasoning was that a mistake had been made at Queens Park many years ago and the project was meant to go in the South Bala Falls, broken down log chute that carried most of the water power coming out of the drainage of Muskoka Lakes and Rivers anyway.
Why would the scenic public space be sacrificed for a private for profit power project that would knowingly remove the economic engine for this town and disrupt access via #169 for 18 months or more that September. The longer I camped there the more I learned more of the story and came to understand just how badly our energy grid is being run. I know now that the Ontario Energy Act is creating a cash flow to a group of individuals and corporations that is being directly added to everyone power Bill.
There is nothing Green about it except for the cash flowing up and the skyrocketing bills.
It was a case of every level of government and stewardship letting this land down and no one being able to stop this infinite harm to this town both in terms of environment but also public safety and economic disparity.
The destruction of the Blandings Turtle Migration Route is enough to stop further disruption but the our hydro bills are the reason everyone want this project stopped.
According to the Auditor General we are overproducing Power in MASSIVE QUANTITIES FOR SEVEN YEARS, enough to power up all of Manitoba.
We cannot store power so we have built power lines to send surplus to the United States where we pay them 5 cents a kh to take it.
The AG reports we pay an additional 75 million a year to Americans to take our extra power. We do not need any of this little water wind and solar since the subsidies are driving up our power bills and we are overpaying by 35 billion and it is going to get worse every time another waterfall or farmers field gets turned into another cash machine for the elite.
All of the Green Energy Subsidy Projects should be stopped and reviewed.
THE PUBLIC SAFETY risk of letting a small company blast a new channel in the bedrock holding up the entire Muskoka Watershed with a Steel gate should be enough to wake up anyone concerned about water in our watershed and in the Georgian Bay Biosphere.
We are asking for a referendum on this Project until further public consultations happen nothing more happens to the site. Please write to your Politicians and ask them to stop this project for the sake of democracy in Muskoka and fair power bills.
Sincerely
Peggy Peterson
Huntsville Ontario

Letter To The Editor: Ontario’s Lakes Have A Noise Problem