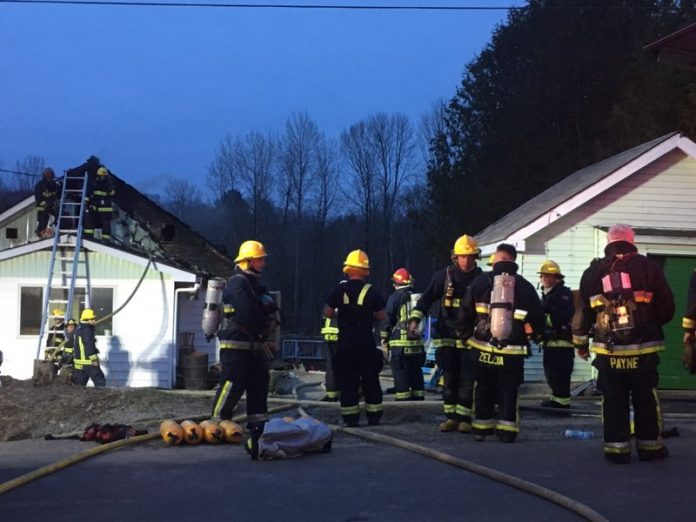 On Tuesday April 30, 2019 at 7:14 p.m. the Huntsville Fire Department responded to a house fire on Town Line Road West near Knotty Pine Trail. When crews arrived, they found a working house fire and called in additional trucks from Lake of Bays. Witnessess tell Muskoka411 while out for a walk they could see smoke from Main Street.

At 8:45 p.m the fire was reported out with The Ontario Fire Marshal (OFM) called in to investigate. OPP and the OFM are investigating as the fire is considered suspicious.

Two men escaped the house and no injuries were reported. The damage is estimated at $280,000. The residents will be staying at a local Motel for the time being.

Huntsville OPP, Hydro One and Muskoka Paramedics Services were all on scene.

More information will be provided when it becomes available.

With photos and Files From Maddie Binning