A local is raising concerns about a zoning application that proposes a multi-building development on lots that include environmentally-protected land in Bracebridge.

Muskoka Royale Development Inc. submitted an application rezone and alter the designation of land just east of Lake Muskoka in Bracebridge for their proposed campus. The development would include a private elementary school, a private secondary school, a sports complex and two residence complexes. The application suggests altering lots that are protected from most types of development by Bracebridge zoning by-laws, some for environmental reasons, which is why the developer must apply for the changes.

Local Caroline de la Giroday feels that the entire property should be environmentally protected and believes that an Environmental Impact Study would support preserving the area.

“The proposal puts forth four story buildings, high density residential and condominium and commercial uses that would completely devastate this popular Muskokan hiking and natural habitat site, and to what purpose when there are so many sites within the township that are already open spaces and available with much less environmental impact,” said de la Giroday in an email to Bracebridge senior planner Jeremy Rand.

The lots include an Open Space Two designation and an Environmental Protection Wetland One designation. Open Space Zones are areas where no one can use the land or build a structure unless it meets specific uses such as parks, open air farmers’ markets and other uses dictated by the level of the Open Space designation, which ranges from one to three. Open Space Two Zones only allows for golf courses, public parks and private parks. Environmental Protection Zones are more strict and for wetlands, the only structures allowed are those that already exist.

Muskoka Royale Development Inc. has proposed that the Open Space Designation be made into an Institutional Designation, which would allow for a variety of structures such as arenas, dormitories, schools and libraries.

The proposal will be discussed at a public meeting with the Bracebridge council on Feb. 20 at 7 p.m. in the Municipal Council Chambers. To learn more about zoning and development in Bracebridge, visit the city website or read the zoning by-laws. 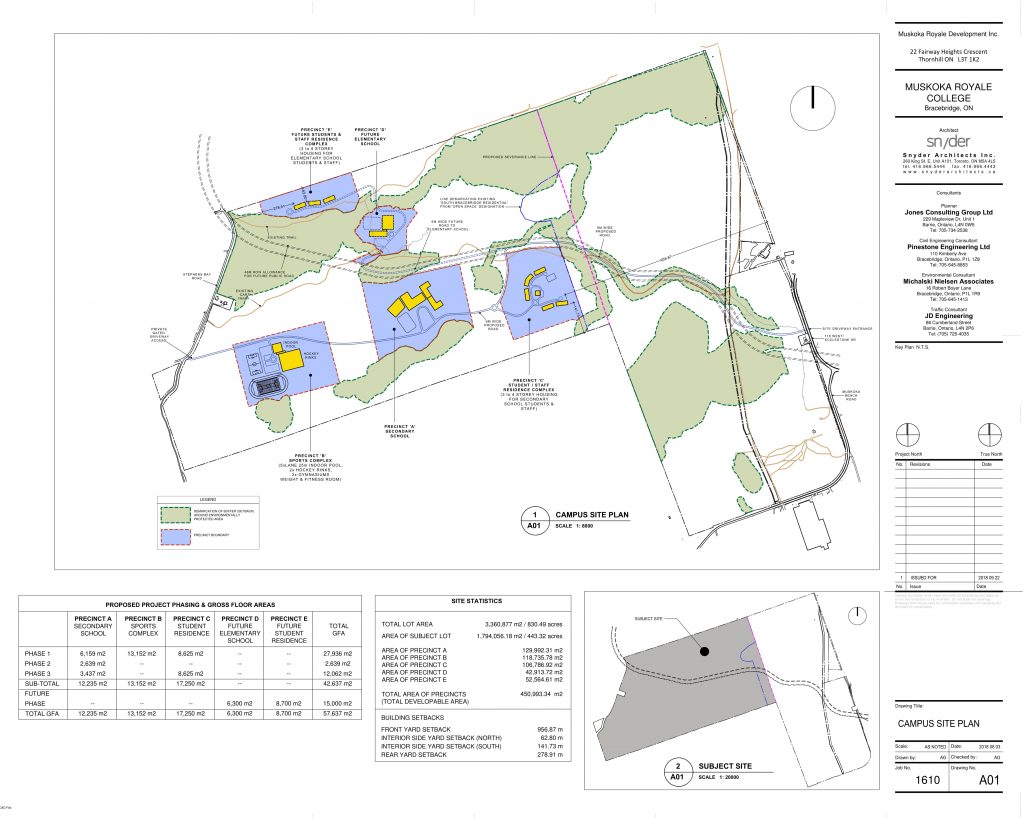