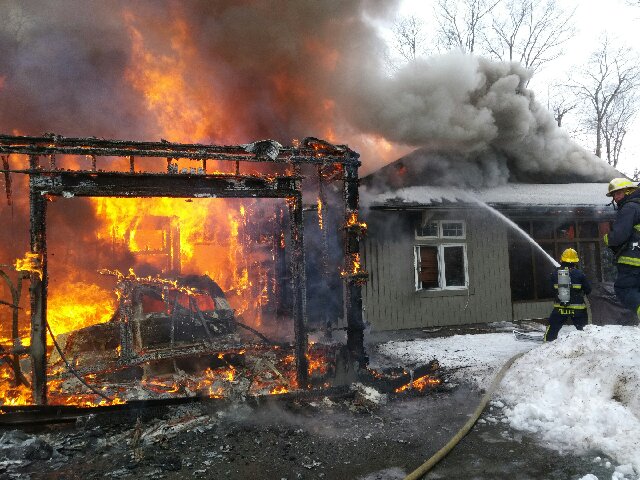 The Huntsville/Lake of Bays Fire Department responded to a reported vehicle fire on Pine Ridge Road in Huntsville shortly after 3 pm today. While responding, the call had been upgraded to a structure fire.
Crews from Station 1 and Port Sydney Station 3 as well as a Tanker from Baysville Station 40 encountered heavy flames that had spread from the garage into the roof of the home which hindered suppression efforts The unmaintained road hampered efforts for apparatus to establish a water supply. Crews remained on scene for several hours to extinguish hotspots.
The homeowners and two pets were able to safely exit the home. There were no injuries. Damage to the home is estimated at $475,000.
The investigation into the cause and circumstances of the fire is ongoing although the area of origin has been determined to be a vehicle in the garage.