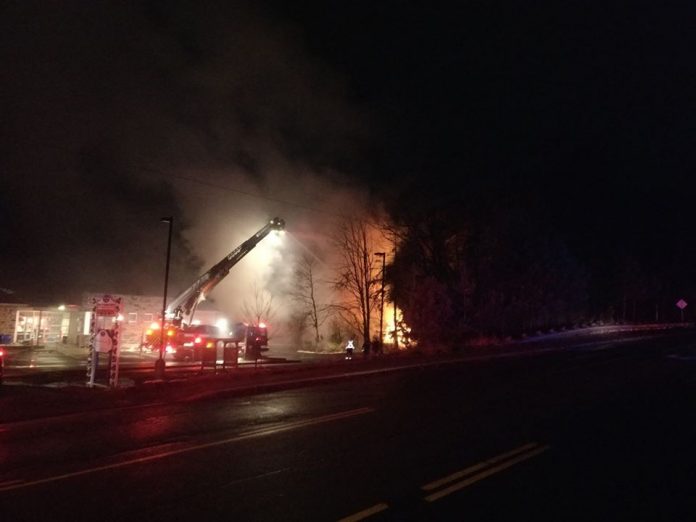 Crews from the Huntsville/Lake of Bays Fire Department remained at the scene of a fire on Riverview Crescent Friday morning, extinguishing hotspots from the blaze that started in the early morning.

The department was called to the fire at about 1:30 a.m. after receiving tips from members of the public. Crews arrived to find a 2.5 storey home fully involved in the fire. They battled the blaze and remained at the scene throughout the morning to extinguish any hotspots. The house is a total loss and damage is estimated at $450,000. No occupants were home at the time of the fire, according to fire prevention officer Mike Vadlja. The cause of the fire is listed as undetermined, but it is not considered suspicious.