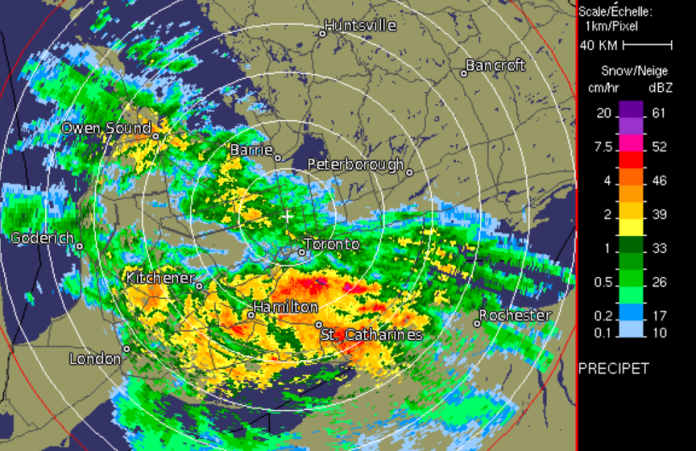 Winter Weather Travel Advisory in effect from late morning into this evening.

This Winter Weather Travel Advisory has been upgraded from a Special Weather Statement that was previously in effect.

A strengthening low pressure system is expected to bring significant snowfall to the region beginning late this morning or afternoon. Very heavy snowfall rates with poor visibility are likely for a few hours this afternoon. Some blowing snow is also likely. Precipitation should diminish to light snow or freezing drizzle tonight.

Some areas may receive snowfall amounts of 10 to 15 cm, with the bulk of the snowfall occurring this afternoon.

More details on the alert are available here.