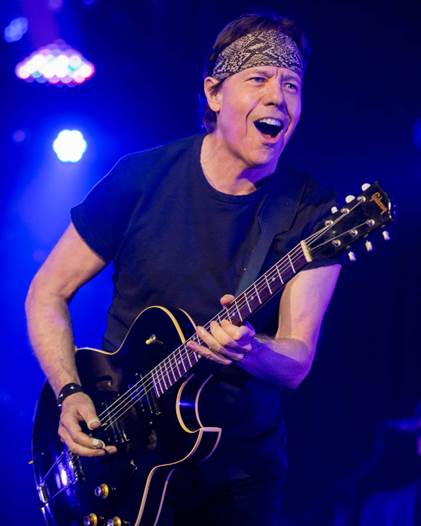 The Platinum and Gold selling band, GEORGE THOROGOOD & THE DESTROYERS, will be performing on their 2016 “Badder Than Ever Tour,” at Kelso Beach Amphitheater on June 24 in Owen Sound and at The Kee To Bala on July 8.

Touring and recording for more than 40 years, Thorogood and his longtime band The Destroyers  – Jeff Simon (drums, percussion), Bill Blough (bass guitar),Buddy Leach (Saxophone), and Jim Suhler (rhythm guitar) – forge on with their powerhouse rock with bar band roots, unchained attitude, and a fierce love of their country and blues history. Over the course of 16 studio albums in the last four decades, George and his legendary band have stormed the charts with six Gold and two Platinum selling albums with a catalog of classics that includes “Who Do You Love,” “I Drink Alone,” “One Bourbon, One Scotch, One Beer,” “Move It On Over,” “Bad To The Bone,” and more.

Of the band’s live shows, says The Baltimore Sun:  “Thorogood is a guitar-blazing revivalist whose enthusiasm and showmanship make the music fresh;  The Milwaukee Journal Sentinel:  “He’s got charisma and personality to burn, a fact that becomes evident the moment he walks on stage.  It is Thorogood’s gift, that he’s able to bridge the gulf between audience and performer;  L.A. Daily News:  “George Thorogood & The Destroyers completely took over…the band, featuring a drummer, a saxophonist and three guitarists, sounded spectacular…all these years, that George is still ‘Bad To The Bone’ and he’s never let go of the true spirit of rock ‘n roll!”