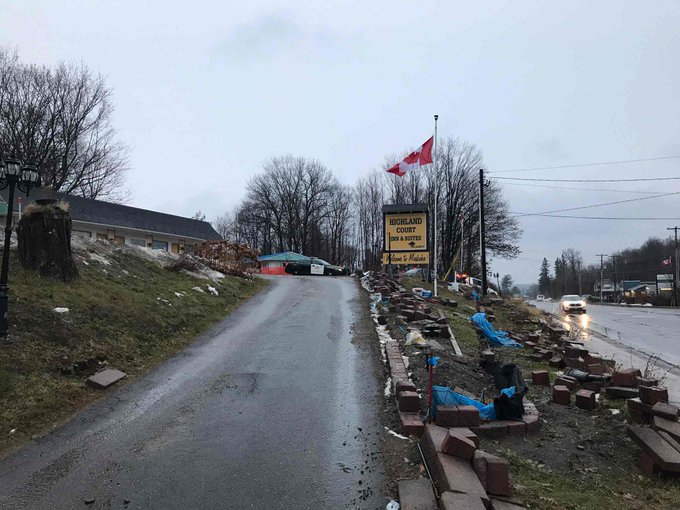 On Saturday, November 16, 2019, at 7:15a.m., Barrie Police and the County of Simcoe Paramedic Services responded to a report of a male being stabbed at 16 Dunlop Street East. A 30-year old male from Barrie was found to be suffering from life threatening injuries and was taken to a local hospital where he was pronounced deceased.

Since then, the ongoing investigation into the murder of Ryan Babineau, which is being conducted by members of the Barrie Police Homicide Unit, has remained active and ongoing. On Monday, November 17, 2019, a forensic post mortem examination was conducted at the Office of the Chief Coroner and Ontario Forensic Pathology Service (OCC-OFPS) located in Toronto and the cause of death has been determined to be consistent with injuries sustained as a result of the deceased being fatally stabbed.

As a result of a very focused and exhaustive investigative effort, late yesterday afternoon, Barrie Police arrested and charged a 28-year old male who is no fixed address with 1st Degree Murder, Aggravated Assault, Possession of a Weapon for a Dangerous Purpose and Disguise with Intent after he was located at a Barrie residence. He is scheduled to appear at the Ontario Court of Justice in Barrie today.

Also yesterday afternoon, a stolen grey coloured 2019 Mazda X3T that was involved in the homicide was located in Huntsville at a motel located on Main Street West. A short time later, officers from the Huntsville Detachment of the Ontario Provincial Police (OPP) and the Central Region OPP Emergency Response Team (ERT) arrested a 27-year old male without incident for Possession of Stolen Property. This male was not involved in the homicide.

Barrie Police is continuing to request the assistance of the public and is asking that anyone who may have information regarding this investigation to please contact Detective Constable Bruce Bernard at 705-725-7025 ext. 2162 or by email at bbernard@barriepolice.ca. If you wish to remain anonymous tips can be submitted to Crime Stoppers at 1-800-222-TIPS (8477), or leave an anonymous tip online at www.p3tips.com.

Further information will only be released as the investigation permits and please be aware that the family of the victim does not wish to respond to any inquiries from the media.