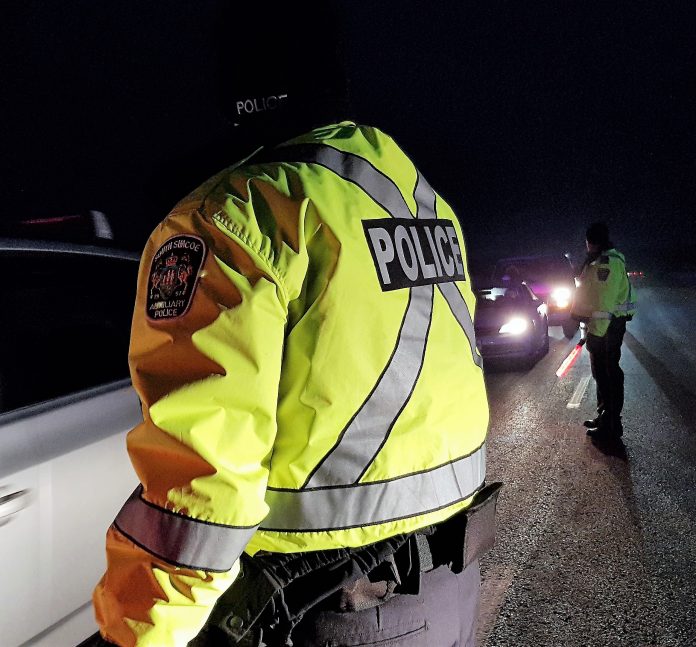 A 27-year-old Cambridge man was charged with several offences after police pursued a driver who fled a RIDE check.

On Tuesday, December 31, 2019 around 1:30 a.m., South Simcoe Police Service officers conducting a RIDE program on County Road 88 near Highway 400 in Bradford spoke to a suspected impaired driver.  An officer attempted a roadside test but the driver failed to provide a sample and then sped from the scene at a high rate of speed, narrowly missing several officers. Police pursued the vehicle but terminated for safety reasons. At one point, a Tire Deflation Device was deployed and the vehicle was subsequently located in a ditch. The driver was arrested and transported to North Division.  He was uninjured in the collision. A 27-year-old Cambridge man was charged with Dangerous Driving, Flight From Police, Failure or Refusal to Comply with Demand and Utter Threats.  He was released with a court date in February.