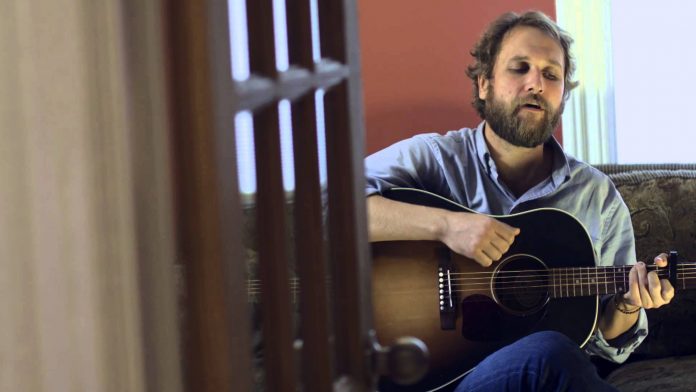 Each year for the past six years, folk singer Craig Cardiff has come to Orillia to share his music on a rather unique stage – a boat. That boat is the Island Princess, which cruises around Lake Couchiching, and Cardiff is about to make it seven years in a row.

The seventh annual Craig Cardiff Boat Cruise and Concert is coming up Sunday, Sept. 1. With the majestic views of Lake Couchiching off the Port of Orillia as the backdrop, the Arnprior-based singer-songwriter will share some of his most-loved songs, unexpected covers and new music during the two-hour Island Princess Boat Cruise.

Cardiff has had a busy and exciting year since he last boarded the Island Princess. He has signed with the New York City-based label AntiFragile Music, released new music, toured to Hong Kong and opened for the Dave Matthews Band and Justin Nozuka. In February, Cardiff’s cover of Bob Dylan’s “Don’t Think Twice, It’s All Right” was featured on the award-winning NBC TV show This Is Us.

Since last year’s boat cruise, Cardiff also released Winter! Winter! Winter!, which features covers of 10 Christmas songs for the holidays, and This is Craig Cardiff: Collected Works, a limited-edition album featuring a collection of the essential tracks he has released over the past 15-plus years along with two newly-recorded, previously unreleased songs. Cardiff hasn’t slowed down at all, and this summer, he began recording new songs for a new EP.

With a voice described as “warm, scratched, sad and sleepy,” Cardiff sings songs that expose the human condition, putting a magnifying glass to the clumsier and less proud moments. He is known for being able to turn any setting into an intimate affair, infusing his music and lyrics with an uncompromising humanism. Cardiff makes it a point to keep the relationship with his fans personal, inviting and accepting any opportunity to make his audience as much a part of the performance as he is.

Armed with an extensive catalogue of songs, his Book of Truths, sharp wit and soft voice, Cardiff performs his seventh annual Boat Cruise and Concert Sunday, Sept. 1. Boarding is at 5:30 p.m. at the Port of Orillia at 220 Mississauga St. E., and the two-hour cruise departs at 6 p.m. Tickets are $35 in advance or $45 at the dock just before boarding, and children aged 12 and younger receive free admission with a paid adult. Advance tickets can be purchased online at TheBigEvent.ca.