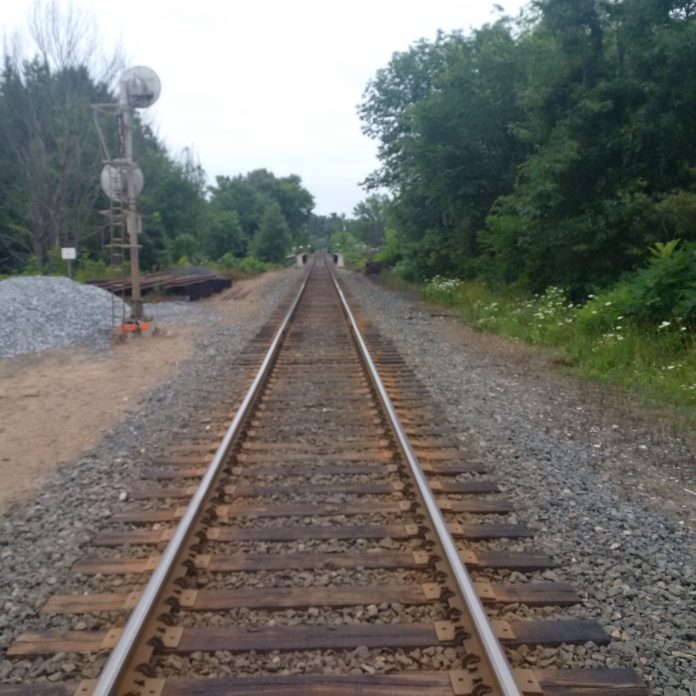 Rail Safety Week 2017 is here and given the number of preventable trespassing incidents in 2016, it serves as a useful reminder to be safe, aware and vigilant around railway tracks and property. During this Rail Safety Week, Canadian Pacific (CP) is reminding the public that they must stay off of railway tracks and observe all laws when driving over railway crossings.

After seeing positive declining trends in rail incidents involving people and vehicles for consecutive years, 2016 saw a 38-percent increase in the number of preventable trespassing incidents on railway property in Canada. It was a disappointing year for organizations that strive to educate the public to act safely around railway property.

From April 24 through April 30, CP and Canadian Pacific Police Service (CPPS) will conduct rail safety blitzes in communities across our network – from Montreal to Vancouver – with participation from other police agencies and schools to educate motorists, pedestrians and the general public about the role we each play in staying safe.

“Rail Safety Week is an important reminder. However, rail safety must be an on-going priority – every minute of every day,” said Laird Pitz, CP’s Vice President and Chief Risk Officer. “We ask everyone to consider their own safety around railroad property. These incidents and accidents are preventable, so let’s work together to prevent them. The impact of an incident or accident can have tragic consequences for families, friends, and communities.”

Incidents involving people and trains continue to occur far too frequently and in most cases the results are tragic. According to Transportation Safety Board of Canada (TSB) statistics, in 2016 the number of trespasser incidents climbed to 69 in 2016 from 50 in 2015 and that number does not include the many near misses that occur every day. If you are hit by a train, the chances you will survive are not in your favour. In 2016 more than half who were struck by a train while on foot are now deceased. That is 46 Canadians whose deaths could have been prevented by exercising caution and situational awareness around railway property. A total of 133 vehicles collided with trains in Canada in 2016 as well, resulting in 19 fatalities and 24 serious injuries.

“It is because of these alarming trends that we are launching a new virtual-reality campaign this year, to challenge people to ask themselves: ‘Is it really worth taking a shortcut across the tracks, or driving around the lowered gates at a crossing?’,” said Sarah Mayes Operation Lifesaver’s Interim National Director. “Our hope is that if people experience a close call with a train in virtual reality, they will see why they should not engage in these behaviours in real life.”

Canadians can experience Operation Lifesaver’s virtual-reality rail-safety campaign at www.LookListenLive.ca, and can learn more about the Rail Safety Week activities in their area by visiting operationlifesaver.ca.  They can also join the rail-safety conversation on Facebook and Twitter.