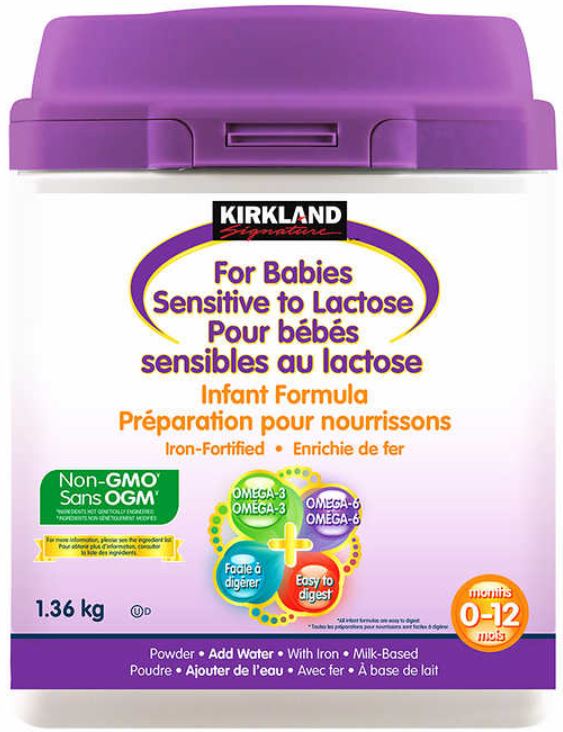 Costco is recalling Kirkland Signature brand Non-GMO Infant Formula for Babies Sensitive to Lactose from the marketplace due to possible Cronobacter contamination.

The recall was triggered by test results from the Canadian Food Inspection Agency’s (CFIA) current food safety investigation, which may lead to the recall of other products. A previous warning on Oct. 6 stated that President’s Choice brand Lower Iron milk based powdered infant formula could be contaminated, but the CFIA issued an update on Oct. 13 stating the the formula was incorrectly identified. Certain President’s Choice brand Sensitive to lactose milk-based powdered infant formula were then recalled by Loblaw for possible Cronobacter contamination. An Oct. 25 warning also identified possible contamination in some Kirkland baby formula.

There have been no reported illnesses associated with the consumption of the baby formula and the CFIA is verifying that the industry is removing the recalled products from the marketplace. Consumers should check to see if they have the recalled products in their home and any recalled formula should be thrown out or returned to the store where it was purchased.

Food contaminated with Cronobacter may not look or smell spoiled but can still make people sick. Cronobacter is not commonly linked to human illness, but in rare cases it can cause serious or fatal infections, according to the CFIA. Cronobacter can cause rare bloodstream and central nervous system infections and has been associated with severe intestinal infection and blood poisoning, especially in newborns.

If you think that your child or someone else became sick from consuming the recalled product, contact a doctor.

The following products should not be consumed: