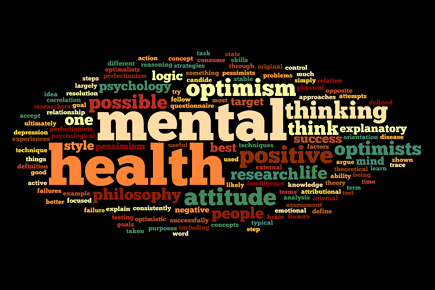 Today, Field Trip Health Ltd., a leader in the development and delivery of psychedelic therapies, released the findings of a survey that revealed how Canadians are feeling, how they are coping, and what they are doing to feel better amidst the COVID-19 pandemic.  After nearly 15 months of rolling global lock-downs due to the COVID-19 pandemic, it is to no one’s surprise that the survey results show a nation in the depths of a mental health crisis.

So depressing in fact, in the last two weeks (prior to the survey), more than half of Canadians felt down, depressed, or hopeless (56%) and felt little interest or pleasure in doing things (59%), while nearly three-quarters felt tired or had little energy (72%).

The survey also found that:

These negative feelings are so severe that in the two weeks prior to this survey alone, nearly one in four Canadians (23%) have felt that they would be better off dead or thought of injuring themselves.

Unsurprisingly, the survey also revealed that Canadians have turned to a number of different coping mechanisms to deal with the negative thoughts or emotions, with drugs and vices being a key source of respite for many.

In particular, of those using the following to cope:

What Canadians Are Willing to Do To Feel Better

And even though 76% of Canadians reported never having tried psychedelics, one in three Canadians (34%) would support the use of psychedelic-assisted therapies after a description of the process, and 20% would be open to trying psychedelic therapies with professional support, with an additional 25% curious to learn more about it.

“Canada is recognized as one of the most forward-thinking, equitable countries in the world”, said Ronan Levy, Co-founder and Executive Chairman of Field Trip. “However, the strain COVID-19 is causing on our mental and emotional well-being is shining a light on areas where we can improve, specifically options for mental health care. My hope is that all Canadians, including politicians and regulators, will continue to educate themselves, and their peers on all of the options available to them, including the incredible promise of psychedelic-assisted therapies”.

Recent studies published in the New England Journal of Medicine and Nature Medicine suggest that psychedelic-assisted therapies using psychedelic molecules such as psilocybin and MDMA are as good, and very likely orders of magnitude better, than conventional treatments for depression and post-traumatic stress disorder. Other studies are investigating the use of psychedelics and psychedelic assisted therapies for treatment of eating disorders such as anorexia, substance use disorders, migraines, cluster headaches and even Alzheimer’s disease.

“This data revealed in this survey isn’t shocking to me”, said Dr. Mike Dow, a certified Psychedelic Assisted Therapy Expert. “Canada’s mental health system has been under strain for years and the COVID-19 pandemic only exacerbated its issues. Psychedelic-assisted therapy using ketamine, which is a legal, Health Canada approved drug, is a way in which we can help those who are bearing the brunt, or simply just not able to cope, with fallout of the pandemic, with a powerful, safe and immediately available treatment option.”