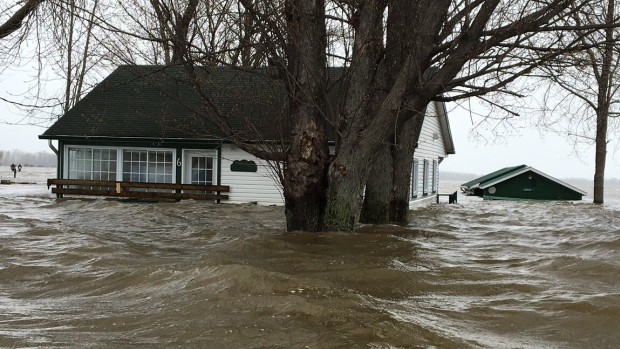 The Red Cross is launching an appeal for financial donations to help Canadian individuals, families and communities affected by flooding in Quebec and several other provinces across Canada. Thousands of people have been forced from their homes as the situation continues to unfold across the country.

Canadians wishing to help are encouraged to make a financial donation to the Spring Floods Appeal in one of the following ways:

Donors will have the choice to designate their donation to either:

Donations to the Red Cross will support individuals, families and entire communities affected by the flooding. Support will be provided based on needs identified across impacted regions as we work alongside local authorities. This may include aid in the form of food, clothing, and shelter, or recovery assistance in the form of clean-up materials, household repairs and furniture replacements. The Red Cross will work closely alongside provincial and municipal governments to ensure funds received are used to complement the government’s disaster response and aid programs.