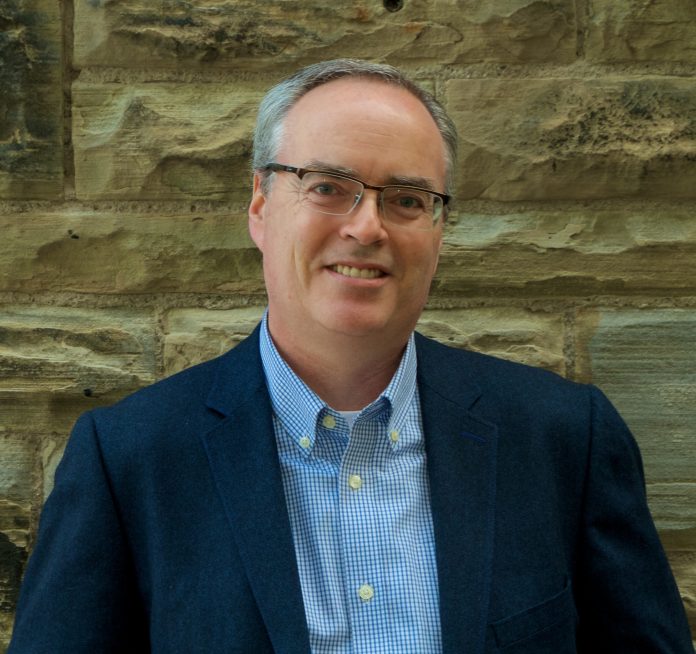 Muskoka Authors Association welcomes award-winning author, Terry Fallis, for a special ZOOM presentation on Tuesday, December 1, 2020. He will talk about the roots, characters, and storyline of his seventh novel, Albatross, touching on the difference between success and happiness and what it means to forge your own path. Albatross soared to number one as a national bestseller a week after it was published and remained on the bestsellers list for months. Always entertaining, Fallis is guaranteed to provide inspiration for your own writing practice and projects.

Albatross follows the unexpected golfing career of high-school student, Adam Coryell. According to a Swedish professor, every human body is perfectly designed for a specific sport. For Adam, it’s golf. He’s a prodigy winning tournament titles, sponsorship deals and attracting a significant fan base. However, Adam doesn’t like golf – he wants to be a writer. His normal life is turned upside down making him question the sacrifice of happiness for all this success.

Terry Fallis is a Canadian writer and public relations consultant. He is a two-time winner of the Stephen Leacock Memorial Medal for Humour, winning in 2008 for his debut novel The Best Laid Plans that was later adapted as a six-part CBC-Television miniseries, as well as a stage musical and in 2015 for No Relation, an award for which five of his published novels to date have been shortlisted. The High Road was a Leacock Medal finalist in 2011. Up and Down was the winner of the 2013 Ontario Library Association Evergreen Award, and was a finalist for the 2013 Leacock Medal. His fifth, Poles Apart, hit bookstores in October 2015, was a Globe and Mail bestseller and was a finalist for the 2016 Leacock Medal. One Brother Shy was released in May 2017 and became an instant bestseller. The Canadian Booksellers Association named Terry Fallis the winner of the 2013 Libris Award as Author of the Year.

For more information and to register, visit their website at https://muskokaauthors.ca to receive a link to the ZOOM Meeting, or call David Bruce Patterson at 705-801-8074.