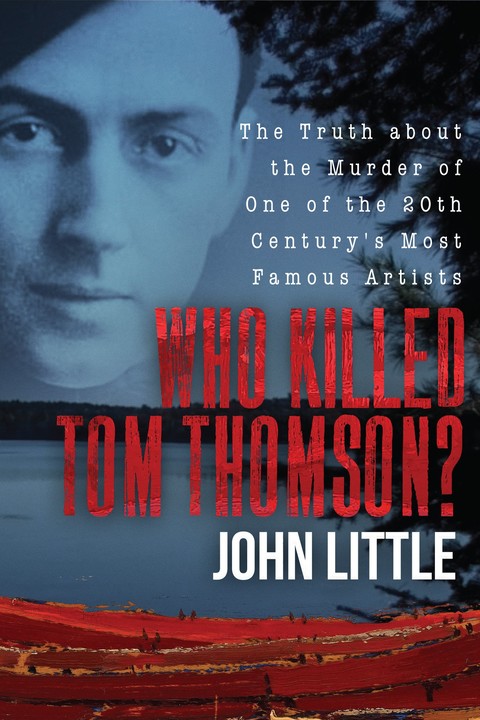 Author, filmmaker and historian John Little is attending a Muskoka Authors Association (MAA) meeting to speak about the background of his book Who Killed Tom Thomson? on March 21.

Little’s book tells the story of Thomson, an Ontario painter associated with the Group of Seven, and explores the mystery surrounding the end of his life. Little worked with two OPP homicide detectives for the book and they provide forensic scientific opinion on how Thomson died and where his body is buried, stating that he was murdered and offering two persons of interest who may have killed Thomson. 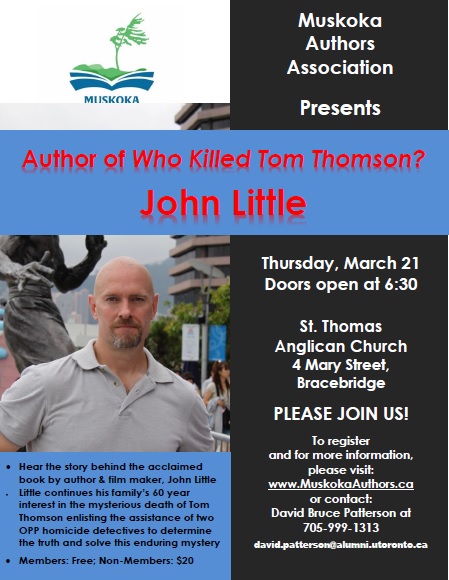 The book follows the mystery that started when Thomson’s body was found in a lake. Thomson was buried in an unofficial grave and the coroner ruled his death an accidental drowning without examining the body. Later, Thomson’s family hired an undertaker to move the body to the family plot about 100 miles away. However, in 1956, John Little’s father and three other men dug up the original grave after hearing from a park ranger who said Thomson’s body was never moved. Surprisingly, the grave still contained a body and the skull showed a head wound that had not yet been reported, sparking interest in the mystery surrounding Thomson’s death.

The MAA meeting will be held at St. Thomas Anglican Church in Bracebridge with doors opening at 6:30 p.m. and the meeting starting at 7 p.m. The event is free for MAA members and costs $20 for non-members.

Register online at www.MuskokaAuthors.ca or contact David Patterson by phone at 705-999-1313 or by email at david.patterson@alumni.utoronto.ca.